See video of Axl Rose stopping asteroid with a song

Badlands of Indiana (January 7, 2019) WHR — Guns N' Roses front man Axl Rose is an avowed fan of the animated series Looney Tunes — his iconic rock band even used the original show's theme song as intro music during its massive "Not in This Lifetime" reunion tour. 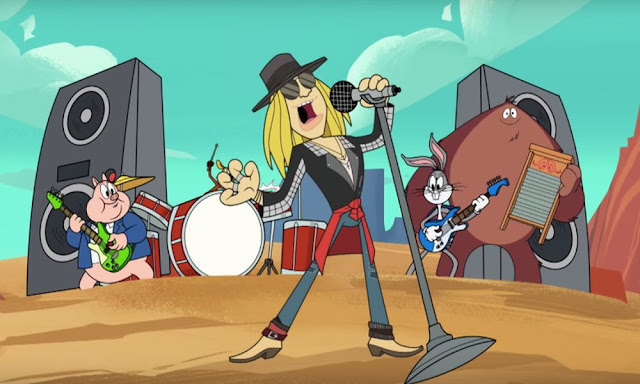 So perhaps it makes some sense that he would debut his first new song in over 10 years, "Rock the Rock," via an episode of Boomerang's New Looney Tunes show. The episode, which aired around Christmas, saw an animated Rose cavorting with Bugs Bunny and Porky Pig, and blasting out the new track so loud that it stops an asteroid from destroying the earth at the suggestion.


A few days ago (January 4th), an official music video for the song hit the internet; you can view it above. "Rock the Rock" marks the first new recording from the singer since GN'R's long-delayed 2008 studio album, Chinese Democracy.