Los Angeles, California, U.S.A (October 17, 2019) WHR — The Mayans M.C. show runner has been fired following what sources describe as "multiple complaints" over his behavior on the drama series. Sutter detailed his dismissal by FX CEO John Landgraf and Disney TV Studios and ABC Entertainment chairman Dana Walden in a letter sent to the cast and crew of the Sons of Anarchy spinoff, describing himself as an "abrasive dick." 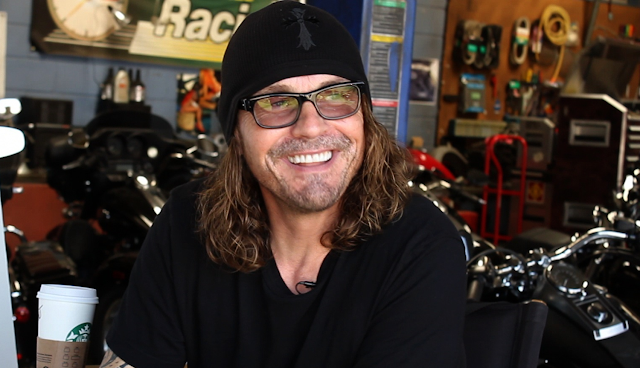 In spite of Sutter's departure, the writer and exec producer's (who also delivered Bastard Executioner to the network in 2015) overall deal with 20th Century Fox TV has not been affected. Sutter renewed that pact in January 2018 and was the first producer to re-sign with 20th TV amid its impending sale to Disney. Sources note that the decision was made Wednesday and Sutter's memo was sent early Thursday.

Sutter has been outspoken about his management style. In a September 2018 interview with The Hollywood Reporter, Sutter shared that he has in his office a framed copy of a letter he received detailing his "unprofessional behavior" on Sons of Anarchy and with executives at Fox 21. (The letter detailed an incident where he told an exec that he'd "crawl the fuck out of my ass" during a discussion about keeping the biker drama on budget.)

"The reason why that letter was hung up in the first place and the reason why it's still there is not about like, 'Fuck you, I'm a bad ass.' It's about, 'I'm a fuckin' idiot and that behavior creates fucking lawsuits,'"

At the time of the interview, Sutter was on the cusp of becoming a Disney employee. When asked about conversations with Landgraf and Walden, his reputation and how he might fit under the more cuddly Disney umbrella, the showrunner made it clear that he was aware of the impending culture shift.

"It was just a conversation about, 'This is the current climate. We don't suspect that you're going to sabotage anything, but we need to do the due diligence," he said at the time. "And at first it was disconcerting because I'm like, 'What does that mean? Does it mean there's a new watchdog on my shoulder?' And it didn't mean any of that. It was basically, 'We know who you are, we know what you can do, we have to make sure that when new entities come in that we can vouch for [you]. And at the very least we can say we have had this conversation.' Then there was, in a very politically delicate way, a 'Are there any skeletons in your closet that are gonna come back and bite us in the ass?' And I was like, 'Well, as far as I know, I didn't Weinstein anybody. I may have upset people, I may have said inappropriate things, but there was not [any of that].' But again, they needed to do the due diligence. And as Landgraf says, 'It's a different climate and you have to acknowledge it and be aware of it and move in step with it.'"


Mayans, currently in the midst of airing its second season, was created by Sutter and Elgin James. A decision on a third season has not yet been determined, but Sutter had already announced that he would be ceding day-to-day showrunner duties to James in the event of its return.

Apparently, Disney HR and Business Affairs has conducted an investigation into the unacceptable conditions that have been created on the set of Mayans in season 2. As you know, I’ve removed myself quite a bit this season, allowing others to take a bigger role in producing the show. It appears that philosophy has backfired. It’s been reported by writers, producers, cast and crew that my absence and subsequent behavior when there, has only created confusion, chaos, hostility and is perceived as abandonment. Or at least that’s how Disney has interpreted it. I’m sure it’s true.

This morning I was fired by Dana Walden and John Landgraf for all the complaints levied against me. Not the way I wanted to end my 18 year relationship with FX. At least being fired for being an abrasive dick is on brand.

I deeply apologize if I’ve made people feel less than or unsupported. My intention was literally the opposite. But clearly I’ve not been paying attention. My arrogance and chronic distraction has created wreckage. Just know, I adore this cast and crew.

I’m not sure what the fate of Mayans MC holds. But if it continues, you’ll still be in good hands. As I said at the premier, Elgin is ready to take on the challenge of running the show. I’m sure FX will get him the support he needs to find and follow his vision.

Thank you for the honor of working with all of you.

I don’t need, nor want, replies or condolences. I know where the love is. And for those of you who have it, I’m sure our paths will cross again.