Peter Tork of The Monkees dies

Badlands of Indiana (February 21, 2019) — Peter Tork, who played bass and keyboards with The Monkees, has died at the age of 77. According to The Washington Post, Tork died on Feb. 21. His death was confirmed by his sister, Anne Thorkelson. Tork appeared with the rest of The Monkees — Michael Nesmith, Micky Dolenz, and Davy Jones, who passed away in 2012 — on two seasons of the band’s eponymous TV show in the late ’60s and in the 1968 film, Head. 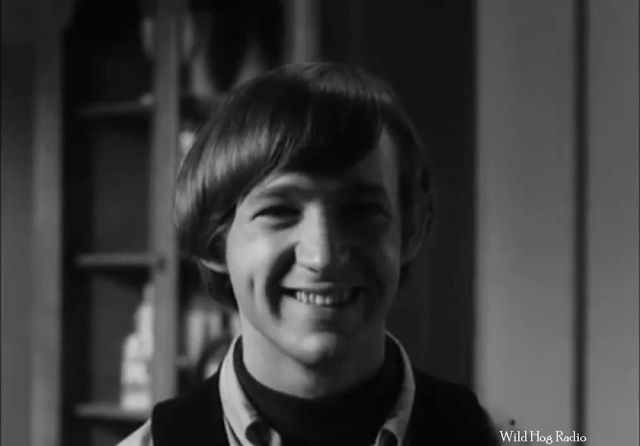 During this period, the group enjoyed a string of hits, including “Daydream Believer,” “I’m A Believer,” “Last Train to Clarksville,” “A Little Bit Me, A Little Bit You,” and “(I’m Not Your) Steppin’ Stone.” “The songs that we got [in the ‘60s] were really songs of some vigor and substance,” Tork told EW in 2016. “‘(I’m Not Your) Stepping Stone’ is not peaches and cream. It comes down hard on the subject, poor girl. And the weight of the song is indicated by the fact that the Sex Pistols covered it.

Anybody trying to write ‘‘60s songs’ now thinks that you have to write ’59th St. Bridge.’ Which is an okay song, but has not got a lot of guts. ‘Stepping Stone’ has guts.” Tork was the first member to leave the band, at the end of the ’60s, but participated in reunions, starting in the mid-’80s. In 1994, he released a solo album, Stranger Things Have Happened.

“It is with beyond-heavy and broken hearts that we share the devastating news that our friend, mentor, teacher, and amazing soul, Peter Tork, has passed from this world,” This Facebook account said. “We ask for your kindness and understanding in allowing us to grieve this huge loss privately.” HIs cause of death wasn’t immediately known, but Tork was diagnosed with adenoid cystic carcinoma, a rare cancer affecting his tongue, in 2009. The Monkees debuted on NBC in the fall of 1966 and were an immediate success both on TV and on the music charts.


The group’s first single, “Last Train to Clarksville,” had become a number one hit a few weeks earlier. Tork played a goofy, lovable character on the TV show, essentially becoming The Monkees equivalent of Ringo Starr in The Beatles. The TV show was canceled after two seasons but lived on in reruns The Monkees carried on in different incarnations over the years.

When their 45th anniversary rolled around in 2011, the trio of Dolenz, Jones, and Tork decided to re-form and headed out on an extensive tour of North America, according to AllMusic.com. It was to be their last set of performances with Davy Jones, who passed away at the age of 66 in February of 2012.

Although often dismissed as the “Prefab Four," because The Monkees were the creation of TV executives, Tork and Michael Nesmith had solid performing and recording experience before joining the band, AllMusic.com reported. Dolenz and Jones were primarily actors but had also dabbled in pop music and had strong vocal abilities.