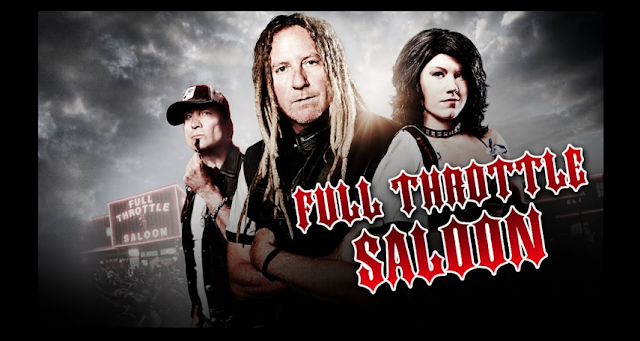 STURGIS, SD -
Flames early Tuesday morning engulfed a popular Sturgis saloon that bills itself as the "world's largest biker bar." The fire was first reported just after midnight local time, and first responders saw smoke coming from the main building's roof. The entire structure was fully aflame shortly after, with the blaze spreading to nearby buildings

The Full Throttle Saloon is a total loss after crews battled the blaze for several hours throughout the morning.
Sturgis Assistant Fire Chief Sean Barrows says crews tried to get inside but the intense heat and smoke forced firefighters to battle the blaze from the outside in heavy winds. The building was completely on the ground by 3 a.m. Lack of water at the site forced firefighters to tender water, the radio station reported.

The entire structure was fully aflame shortly after, with the blaze spreading to nearby buildingsBarrows says there were no injuries. The bar on South Dakota Highway 34 has been the subject of a reality television series. Its amenities include zip lines, musical stages and rental cabins.
The fire remains under investigation.