Cleveland, Ohio (January 1, 2019) WHR —  When it comes to music in the 1970's, no band epitomized rock and roll that decade more than Grand Funk Railroad. The band, which was formed in Flint, Michigan by Brewer, guitarist/vocalist Mark Farner and bassist Max Schacher; scored hits with songs like "Some Kind of Wonderful," "The Locomotion" and "We're an American Band." Songs that have stood the test of time and been featured in commercials, movies and beyond.

Unfortunately Farner would split from the group in 1976, leaving the others in limbo before Brewer and Schacher would reform Grand Funk without their founding guitarist. 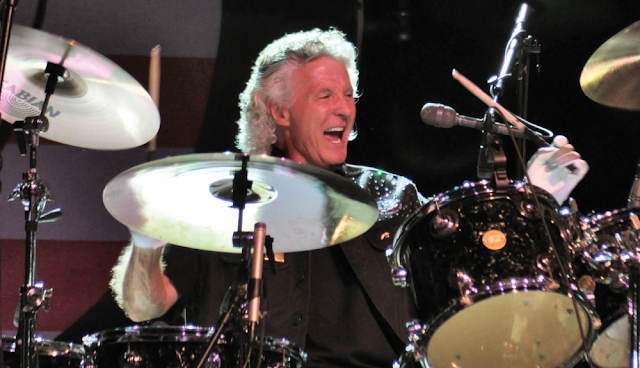 As the band nears its 50th anniversary, they are out on the road opening up for Bob Seger's farewell tour and will be at The Q Thursday night. I caught up with Brewer to talk about Grand Funk's plans for their anniversary, what it means to have created songs that still resonate today and the time the band has to disappoint Cleveland fans by canceling minutes before they were supposed to take the stage.

When he thinks back to how it all began, Brewer says he never would have imagined Grand Funk lasting as long as it has. "I was 19 years old when this started. I looked at 40 years old as death. When you're young, you don't think about being 70. Here I am, still out there doing what I love. I love to get up on stage and make a fool out of myself. It's pretty amazing. I never dreamed that we'd be going 50 years and that I'd be 70 years old and still doing rock and roll."


And still doing it, they are. Grand Funk has been touring steadily since the mid-90's and routinely plays to sold out crowds at venues like the Hard Rock Rocksino. A big part of that draw are songs Grand Funk recorded that have become staples for classic rock radio and cover bands across the country. Brewer is especially, and understandably, proud of the rock classic, "We're an American Band," which he wrote.

"I never wrote it to be an American anthem. I wasn't trying to wave the flag. I was just trying to come up with a line that made sense. Radio had changed from being FM underground to hit radio, so you had to write songs that were three minutes long and had commercial value. I thought I'd take a stab at it and as we're flying into these towns, the thought came to mind 'We're coming to your town, we'll help you party it down.' And I wrote the song around that. All the little stories in there were things that were going on on the road. And that's where the song came from. I stumbled across 'we're an American band.' It just sang well. To have it be used in movies and car commercials and stuff now, it's an amazing feeling."


Mention Cleveland to Brewer and you can tell he has an affinity for fans and the area, but he does lament the one night he and his band mates let local concert goers down.

"Mel, our bass player, was having some sort of attack, a medical emergency. We had to cancel that show last minute. He was actually in a bathtub filled with ice and water. They were trying to bring his temperature down. Mark and I had to walk out on stage in front of a sold-out Public Auditorium and tell the audience that we weren't going to play. It was a little dicey. They got a little upset."

He recalls saying "'Sorry guys, We can't play. Mel's having an emergency." and the crowd's reaction was "Well, you guys, you two play then!" At that point, he and Farner got off the stage as quickly as possible.

You can catch Grand Funk Railroad throughout the States by finding a location near you. For more information, visit MidwestMusicEvents.net for tour dates, or their website at: GrandFunkRailroad.com

If you can't make it to the show, enjoy this Grand Funk Railroad greatest hits album.