The Beatles In Indianapolis

On this date, September 3, 1964, The Beatles performed two shows at Indiana State Fair Coliseum which were watched by a total of 29,337 people. The other acts on the bill were, in order of appearance, The Bill Black Combo, The Exciters, Clarence ‘Frogman’ Henry, and Jackie DeShannon.

The nights before and after they stayed at the Speedway Motel on West 16th Street. Prior to the first concert Ringo Starr went missing. He arrived just minutes before they were due to go on stage, explaining that he he had lost track of time while driving a police car around a nearby race track. 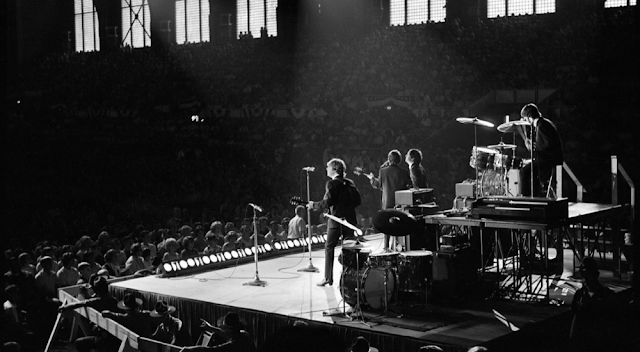 The Beatles playing in Indianapolis, Indiana on September 3, 1964. Photo: Rock Star Magazine
The first show began at 6:21 p.m., and was watched by 12,413 fans. Ticket demand was so hot, an evening show was hastily scheduled in front of the grandstand on the one mile dirt race track because the Coliseum was already booked for another State Fair event. This time 16,924 were at the venue.

"Indianapolis was good. As we were leaving, on the way to the airport, they took us round the Indy circuit, the 500 oval, in a Cadillac. It was fantastic. I couldn’t believe how long the straightway was; and to be on the banking and see all the grandstands was great." George Harrison. 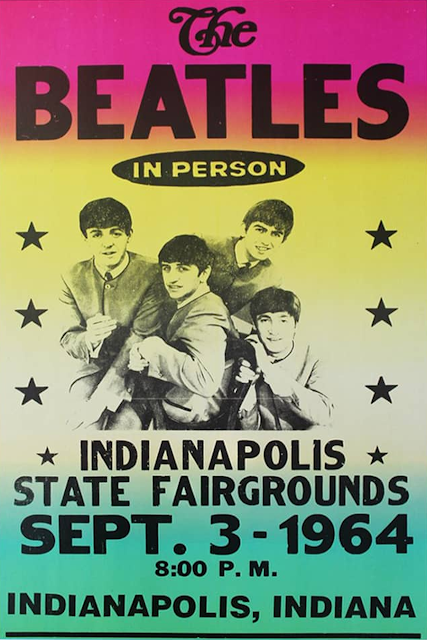 For the two concerts The Beatles earned $85,231.93, after $1,719.02 was deducted as state income tax. Following their two performances that day in Indianapolis, the Beatles departed for Milwaukee Wisconsin, the next stop along their franticly-paced 1964 North American Tour.