Asheville, North Carolina (September 23, 2018) WHR —  In early May this year, at a gig in Asheville, North Carolina, the Devon Allman Project were 33 minutes into their set list when Duane Betts joined them on stage as a surprise guest. Betts, skinny and long-haired, sat on a stool with his guitar, as the band launched into Friend Of The Devil, the well-known Grateful Dead song from 1970. Betts didn’t play the first solo riff that came up after the first verse; it was the band’s full-time guitarist Jackson Stokes who did that honour. But when Betts’ guitar finally kicked in a couple of minutes later, the crowd erupted. 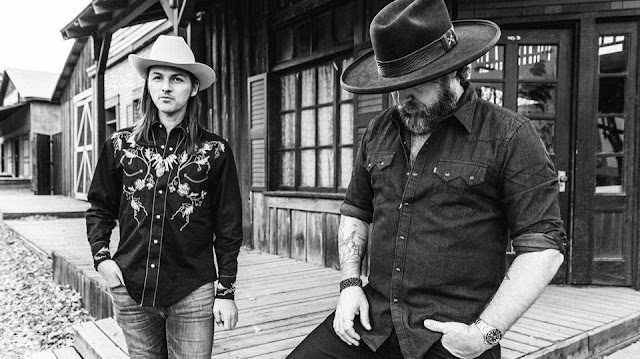 His licks were incredibly sweet sounding and subtle but you could tell right away that this was a master rock guitarist. When Devon Allman, lead singer, guitarist and frontman of the band finished singing the last verse of the song, Betts launched into a concluding riff before raising his guitar over his head to the crowd and quietly stepping off stage.

Allman, Betts, and Duane...these are dear names for rock fans, especially those who were weaned on a diet that was heavy with the sound of southern rock. For many music fans like me, the Allman Brothers Band, formed in 1969, rank very high on their list of all-time favourites. That band had its share of tragedies: its leader and ace guitarist Duane Allman was killed in a motorcycle accident just two years after the band was established; and months later, bassist Berry Oakley died in similar circumstances.

The band carried on though with the other founding members, including Gregg Allman and the second guitarist Dickey Betts. Later, and not amicably, Betts was replaced with other guitarists, including Warren Haynes, Derek Trucks and Jimmy Herring, and the Allman Brothers Band toured and recorded till they disbanded in 2014, three years before Gregg died.

Devon, 46, is Gregg’s son; and Duane Betts, around 35, is Dickey’s son. After that guest appearance on the Devon Allman Project in May, he’s now touring with the band on its journey to keep southern rock’s legacy, and especially that of their fathers’ storied band, alive. Devon, older and more seasoned of the two, is already a veteran of two other bands: Honeytribe, a blues-rock band that he leads; and Royal Southern Brotherhood, a sort of blues-rock super group. But with the new Devon Allman Project, he is reviving the legacy of the Allman Brothers. 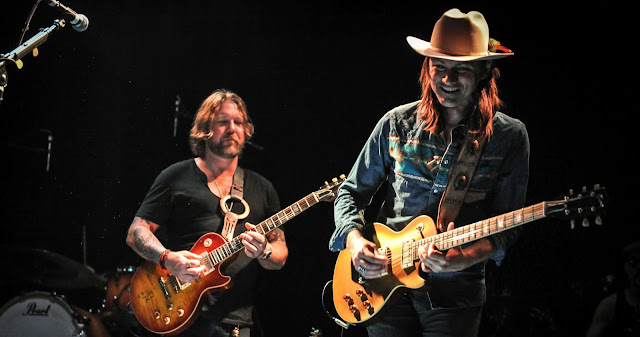 That, however, doesn’t mean that his new band only does covers of Allman Brothers’ songs. True, they do versions of some of them but their repertoire has mainly original compositions that recall the southern rock genre that Allman Brothers pioneered: Electric guitars and vocals play a central role; and long jams are typical, especially during live performances.

Devon’s musical evolution has been interesting. His parents divorced when he was an infant and Devon finally met his father for the first time only in his late teens. He grew up liking heavy metal and, in an interview with Rolling Stone magazine, says that among the bands he liked were The Cure and The Smiths—whose proximity to southern rock of the type his father’s band played was remote. But when he picked up the guitar at 13, he also explored the blues for which his inspiration was stars such as B.B. King and Buddy Guy. He has at least nine albums (from solo and collaborative projects) out and a distinct guitar-driven blues-rock sound but with influences also of heavier genres, including metal.

Duane Betts, who has played with his father Dickey’s band (Dickey Betts and the Great Southern) and with Dawes, a folk rock band from Los Angeles, has a style and sound that is closer to early southern rock—more bluesy and folksy. On his debut solo EP, Sketches Of American Music, which came out this May, his guitar-playing style evokes those of his father’s as well as his namesake, the late Duane Allman. Sketches is a superb first album that provides a glimpse of the huge potential that he has. Two songs, Taking Time and Downtown Runaround, are standouts that every blues-rock fan should check out.

Devon and Duane are believed to be working on an album that they’re writing together but it will be out only in 2019. Till then there are the shows from the tour that they’ve embarked upon from July this year. Besides the US, they’ve played in Europe and Britain, drawing audiences that include ageing southern rock fans as well as younger converts. Then there are their albums to check out. Allman’s most recent solo is the full-length Ride Or Die whose 12 songs also include a cover of The Cure’s A Night Like This.

Devon has looks that are similar to his father—Gregg’s dirty blond hair—and in his distinctive voice you can discern elements of the senior Allman’s vocal style, yet there is a hard rock dimension to his singing and guitar-playing that works rather well in his quest to further the legacy of southern rock but also bring to it something more contemporary.

Just before Allman Brothers disbanded, they had a stunning line-up at live shows with star guitarists such as Warren Haynes and Derek Trucks. If you were lucky to catch some of their gigs during those last years, it always was a treat. I caught one on a rainy night in 2011 at New York’s Beacon Theatre and was mesmerized. When they decided to stop touring or recording, fans worldwide were disappointed and saddened further when Gregg died. But with their new project, the second-gen combination of an Allman and a Betts promises to bring back some joy.

More information including show dates are on their website: The Devon Allman Project