Nearly 1 million pounds of marijuana remains unsold from 2017 in a saturated market. “Oregon has a huge oversupply,” Staley said. “Right now in the system there’s three times the yearly consumption (of the amount that was bought last year) sitting out there.” Increasingly successful grows by established farms, coupled with more producers coming online, have culminated in a glut. There are currently more than 1,000 licensed growers in Oregon with nearly 1,000 more seeking a license. “There’s a lot more being produced than the state consumes,” Staley said. 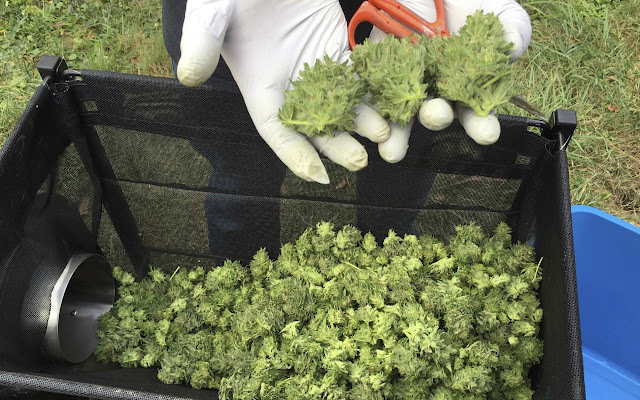 Growers fear the fall harvest could trigger a further price collapse. Staley has seen his wholesale price fall 25 percent over the past year from $2,000 to $1,500 per pound. “It’s had an impact industry-wide,” he said. “It drags everybody’s prices down.”

The steepest drop occurred in January, just after fall 2017 harvests hit store shelves. “The fall harvests came in and just flooded the market,” Staley said. “Once it was flooded, it never stopped.” With another fall harvest looming, producers are concerned what impact another major influx will have on wholesale prices.

“I think it’s just going to be a matter of riding the market out and letting go of some of the big growers who are losing big money,” Staley said. “It will just have to settle out. People will go out of business as it shakes down, but you’ve just got to ride it out right now.” ‘Micro’ grower focuses on positive experiences

Staley, 43, was born and raised in the area, a graduate of the Astoria High School, class of 1993. In April 2016, he acquired a license to grow recreationally as a micro tier-1 grower, the smallest of three classifications designated based on canopy space. He is permitted to grow up to 650 feet of canopy, but has kept it much smaller and more manageable. His entire operation is contained inside a refurbished woodshed.

“I’m tiny,” Staley said. He has about 60 plants in different stages of growth at a given time. “It was basically what I could do here. The medical side was looking like a dead-end street. I had to either do that (micro Tier 1) or give it up entirely.” He harvests about a dozen plants in three- to five-week cycles. His goal is to harvest around 1.5 to 2 pounds of pot per plot. He estimated that he harvested a total of about 20 pounds in 2017.

Benefits of being small

Bigger marijuana growers typically have a several employees assigned to different stages, including cloning, flowering, harvesting, trimming, packaging and marketing. But Staley handles each step alone, which he considers a benefit. “I know each plant from start to end,” he said. “I have a close eye on it through the whole process.” Staley said he has more flexibility and freedom to allow each plant to reach its full potential, instead of harvesting on a strict cycle. “Bigger operations have to treat plants more like machines,” he explained. “But they’re living organisms — they’re not always ready on day 56 to be cut down.” 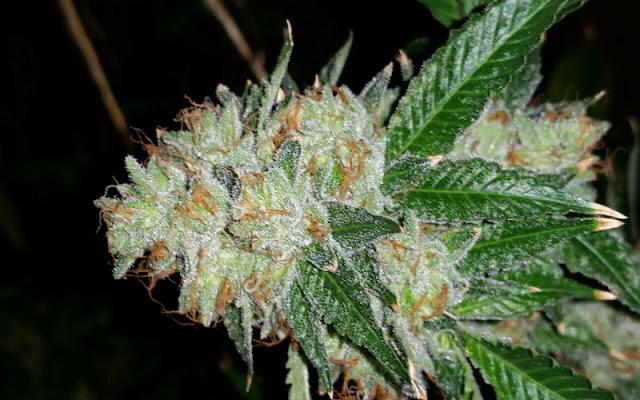 The strains have been personally chosen over time for their ability to consistently provide positive experiences and effects, Staley said.

“I like good flavors,” he said. “But most important is a good experience.”