Badlands of Indiana (June 22, 2019) WHR — When Indiana native Duane Roland died at the age of 53 on June 19th, 2006, he was right in the middle of a major comeback as a member of Gator Country, reuniting him with other founding and former members of Molly Hatchet in a band that was truly on the verge of greatness. They had recorded an excellent cover of "Oh Atlanta" and were working on a full length album. 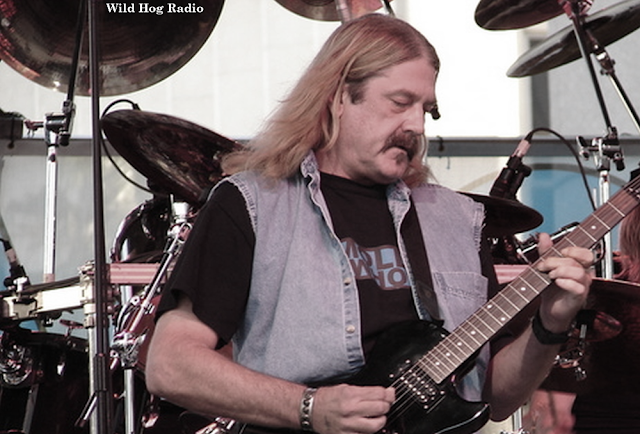 As a founding member of Molly Hatchet, Duane Roland brought a massive amount of talent to the three guitar lineup that became Hatchet's signature sound. Several years ago, when Dave Hlubek left the Southern Rock Allstars, Roland stepped up to the plate to knock it out of the park. Then last year, he suffered one of the hardest blows anyone can suffer, when his wife passed away.


Roland picked himself up, dusted himself off, and did what he did best- played guitar with Gator Country. We started this interview the first week in June, and never had a chance to complete it. We are printing what we have, as a tribute and insight to a true Southern Rock guitar giant.

Tell us a little about where you were born and raised.

I was born in Jeffersonville, Indiana, near Louisville, Kentucky. We moved to Florida when I was seven years old.

Was there a lot of music in your family?

Oh yes, definitely. My mother was a concert pianist. My dad played guitar some.

Who was your biggest musical inspiration early on?

There are a lot of guitar players that inspired me, but my favorite was, and is, Eric Clapton.

How did you initially hook up with the guys in Molly Hatchet?

I was working on putting a band together with Banner and Bruce, but that didn't work out. They joined Dave and Steve, and then Danny. At this point, I was in another band called The Ball Brothers Band. Dave didn't show up for one of Hatchet’s gigs and Banner called me to fill in so they could get paid for the night. They and their management were thinking about going to three guitar players, so one they came down from Macon to hear me play and after that I was asked to join.

How did you come to leave the band?

We were only planning to take a year off. But that changed. There was a lot of corporate b.s. going on that's best left unsaid.

What is your favorite Hatchet album?

I really loved the second album. It’s usually pretty easy to come up with a debut album because everybody in the band has been writing for years. The sophomore effort is usually the one that tells the tale, and I think we proved ourselves.

What was it like to be a member of The Southern Rock Allstars?

I had forgotten how much fun it was playing music with really great musicians. It woke up an old rock beast in me. I loved playing guitar with Jay. Charles is a fantastic bass player and Jakson- damn- Jakson. What a powerhouse. I miss that man every day. And it was great to once again stand behind the greatest singer I've ever played with, Jimmy Farrar.

Which brings us up to Gator Country. Once again you are playing with Jimmy, and many of the original Molly Hatchet members. How does that feel?

I tell ya, Michael, it’s great. You heard the single right?

Yeah, you sent it to me. A great cover of the old Little Feat song “Oh Atlanta.” It’s awesome.

Thanks man. We are not really trying to sound like the old Molly hatchet, although we certainly tip our hat to that music in a big way. But we have all matured a lot since those days, and we have a lot of music in us we want to let out. We are just getting started.

I was sad to hear of the death of your wife last year. Are you doing okay with that?

The best I can man. It was one of the hardest punches I’ve ever had. All of the deaths lately have been really hard, but to lose your soul mate is the worst of all. I just take it a day at a time, you know. But there will always be a part of me missing.

I fully understand. I want to talk a little about the current Molly Hatchet band with Bobby Ingram, and get your thoughts on that.

Oh, sure. No problem. Michael, can we finish up the interview next week. I have to run. Would that be okay?

Sure it will Duane. I’ll call you back. Thanks bro.

Less than a week later, Duane Roland was dead from natural causes. I was honored to be the last journalist to interview him, even if we never finished our conversation. Godspeed Duane. To the rest of Gator Country and Molly Hatchet, all our best wishes. Keep the music alive fellas. I’m sure Duane would want that.