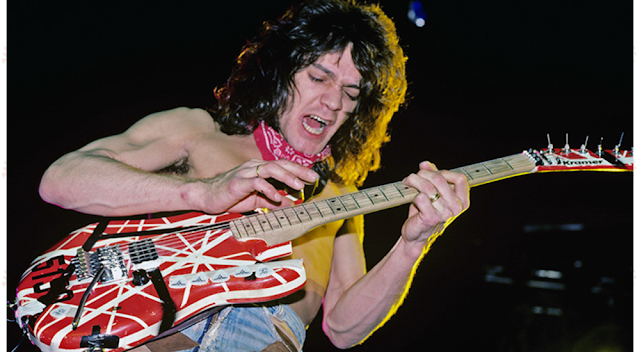 “I can’t believe I’m having to write this, but my father, Edward Lodewijk Van Halen, has lost his long and arduous battle with cancer this morning."

He was the best father I could ever ask for. Every moment I’ve shared with him on and off stage was a gift,” said Wolfgang, 29, who was the band’s bassist since 2006." “My heart is broken and I don’t think I’ll ever fully recover from this loss. I love you so much, Pop.”

His wife Janie was by his side as the cancer spread throughout his body. He passed away in Santa Monica on Tuesday. The rocker experienced several health difficulties over the years following his cancer diagnosis. In 2019, he was hospitalized after suffering a bad reaction to his cancer medication.

Eddie was born in Amsterdam, the Netherlands, and came to the US in 1962. Ten years later, he and his brother formed the band along with vocalist David Lee Roth and bassist Michael Anthony.

They went on to break barriers in rock music, selling 80 million records worldwide and joining the Rock and Roll Hall of Fame in 2007.