Badlands of Indiana (September 12, 2020) - A previously unreleased song by Tom Petty has been released in anticipation of his upcoming Wildflowers & All the Rest box set.

“Confusion Wheel” was written by Petty in 1994 and has remained on the shelf ever since. The tune begins with the late rocker singing over a jangly acoustic guitar part. From there, the song slowly expands, as drums, vocal harmonies and electric guitar add extra layers to the poignant track. 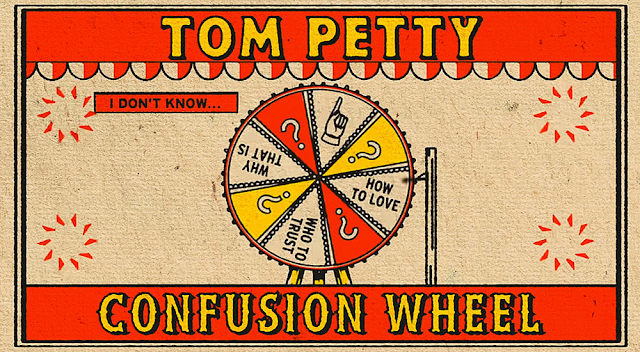 You can listen to “Confusion Wheel” below.

The song is one of 10 tracks that make up the All the Rest portion of the upcoming set. The box will also feature the original Wildflowers LP, a collection of 15 Petty home demos, live versions of 14 songs recorded between 1995 and 2017 and 16 alternate studio versions of Wildflowers tracks.

Deluxe, Super Deluxe and Ultra Deluxe editions will offer the set in various forms, with varying bonus material, including a lithograph, tour-program replica, reproductions of handwritten lyrics and specially commissioned illustrations accompanying some of the versions.

Wildflowers & All the Rest will be released on Oct. 16; it's available for pre-order now.